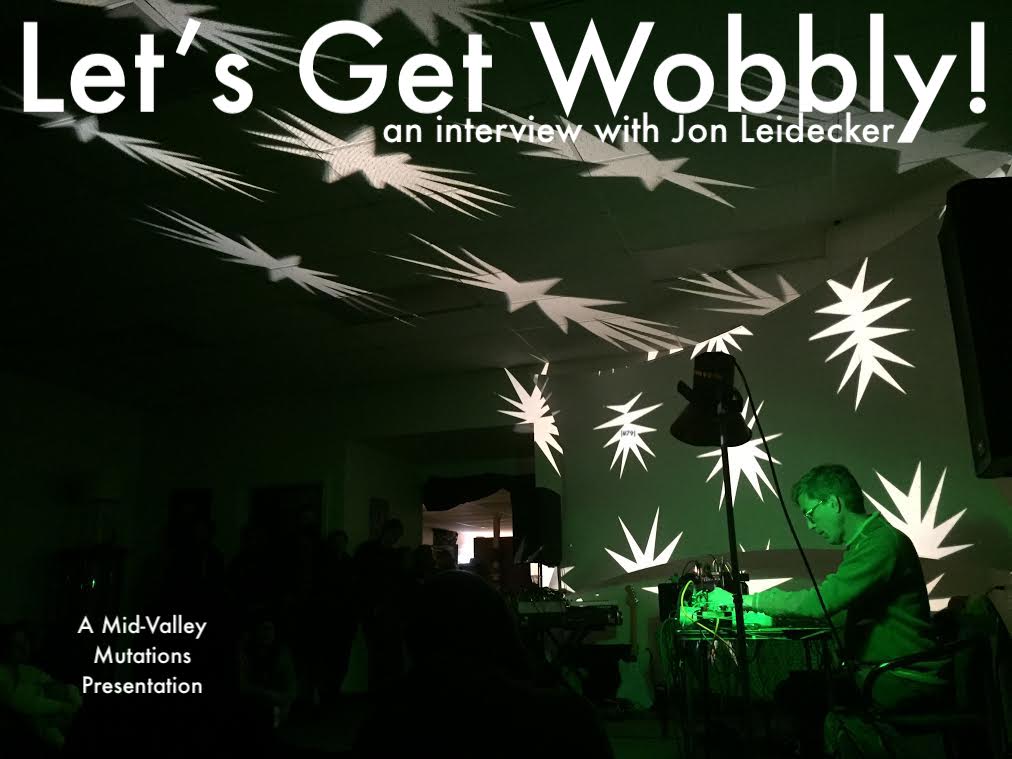 This week, we interview another incredible artist who also happens to be in the band: Wobbly. (Jon Leidecker.) In this frank and wide-ranging conversation, we discuss his new work (and work yet to come), his role in Negativland and Over The Edge Radio, and pretty much everything else that came to mind as we bantered. As a long-time fan, it was a pleasure to chat, and I think anyone who is a fan of this show will enjoy this conversation, which gets at some of the philosophical impulses behind why we do what we do, and how there is always still a fight to be fought, somewhere.

For this program, MKUltramegaphone are in studio, and we had a blast stretching our audio legs again. horridus joins the show at around the 24 minute mark, and we jam it out all the way to the bitter end. There’s about six minutes of us “unwinding” that was podcast-only this week, and while it’s not essential to the interview part of the show, it does sort of put a cap on the show, for us, and is a fun “come down” period, too.

It has been so much fun to get to talk with all these artists who have left such a big mark on me, personally and creatively. Hopefully some of that excitement – when it does come through – is not not too distracting from the subjects of these chats.

And, more importantly, I hope you like them. I’m quite fond of how it all tuned out.

This show is most certainly to be part of the larger arc happening with my interviews with The Weatherman and Mark Hosler. But don’t let that fool you! We have more Negativ-fun on the program coming next year. Tim Maloney is going to talk about his role as a video artist for the group, and we will also have part two of my conversation with Mark. For those who want to follow all of my Negativland shows, this link may be incredibly useful to you: midvalleymutations.com/category/negativland/

The fun’s not over, and the holiday season is underway! Stay tuned for more excitement in the weeks to come.

Part II: “The glamour is sucked right out of it, and it just becomes the work.”

Part III: “Art is this byproduct of being alive.”

Part IV: “15 year olds are growing up with the understanding that you don’t own your own self expression.”

(Originally aired KPSU on 26 June 2011, featuring a selection of novelty and comedy records for a two-hour, Dr. Demento-inspired…

Two holiday stories, with Vincent Price and a visitor from Outer Space. Plus: Two Hours of Great Music, and a…